The City of Salzburg 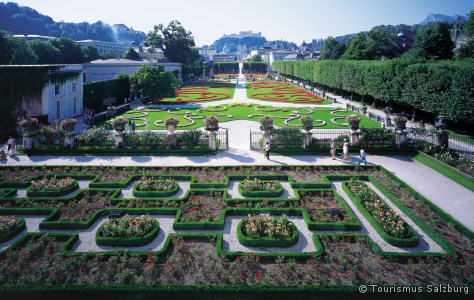 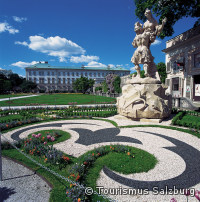 Built in 1606 and renovated from 1721 to 1727 by Lukas von Hildebrandt, Schloss Mirabell is a jewel of baroque architecture. The staircase is one of the great treasures of the palace. The Marble Hall, in which father Leopold Mozart and his children Wolfgang and Nannerl gave music concerts, is considered as one of the most beautiful registry halls in the world.

Today the Palace of Mirabell houses the offices of the Mayor and City Council of Salzburg. The beautiful surrounding gardens were opened to the public by Emperor Franz Joseph in 1854 and are to this day a masterpieceof garden architecture.

Free for you from 3 nights!
130 attractions in Salzkammergut up to 30% cheaper.